Please Note: This event has expired. 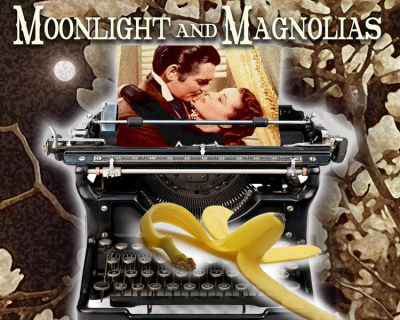 Rubicon Theatre Presents the Hilarious Comedy About the Making of Hollywood’s Greatest Film, “Gone With the Wind.”

BUY TICKETS ADD IT
Click to bookmark this listing

Rubicon Theatre Company presents Moonlight and Magnolias, the hilarious fly on the wall comedy by Ron Hutchinson about how the most iconic film in Hollywood history almost didn’t get made. Directed by Stephanie A. Coltrin, this production features the same principal cast members from her critically acclaimed staging of Moonlight and Magnolias at Hermosa Beach Playhouse in 2010. Just in time for the 80th anniversary of Margaret Mitchell’s Pulitzer Prize-winning novel, “Gone With the

Rubicon Theatre Company presents Moonlight and Magnolias, the hilarious fly on the wall comedy by Ron Hutchinson about how the most iconic film in Hollywood history almost didn’t get made. Directed by Stephanie A. Coltrin, this production features the same principal cast members from her critically acclaimed staging of Moonlight and Magnolias at Hermosa Beach Playhouse in 2010. Just in time for the 80th anniversary of Margaret Mitchell’s Pulitzer Prize-winning novel, “Gone With the Wind,” Rubicon brings this wildly funny, behind-the-scenes farce to Ventura on Saturday, September 3 at 7:00 p.m. with an after party to follow at The Greek Mediterranean Steak & Seafood. Previews are August 31, Sept. 1 and 2. The show runs through September 18.

Three weeks into filming “Gone With the Wind”—Atlanta has burned, Scarlett O’Hara has been cast, but there’s no workable script and the director has been fired. Legendary film producer David O. Selznick seemingly has the biggest white elephant in Hollywood on his hands and only five days to save the troubled production from certain failure. Desperate, he brings in the formidable Victor Fleming to take over as director and famed screenwriter Ben Hecht to rewrite the lackluster script. The only problem is that Hecht hasn’t read the book, and the clock is ticking. With the shades drawn, phone calls unanswered, and subsisting only on a diet of peanuts and bananas, Selznick and Fleming reenact scenes from the novel for Hecht to adapt into a screenplay that would become an epic Academy Award-winning film.

Helmed by Ovation award-winning director Stephanie A. Coltrin, whose credits include the Ovation nominated RTC production of The Last Five Years, You Are Here for Rubicon’s Plays-in-Progress series and The Santaland Diaries with Brian McDonald, this return to Moonlight and Magnolias is a welcome opportunity to revisit the zany play that also touches on serious issues such as race and anti-Semitism in Hollywood. Joining her are the same cast members, Cylan Brown as Victor Fleming, Joel Bryant as Ben Hecht, Patrick Vest as David O. Selznick with Jennifer Ridgway coming on as Miss Poppenghul, Selznick’s harried secretary.

“I’m thrilled to be remounting Moonlight and Magnolias at Rubicon,” says Coltrin. “I still remember reading the script seven years ago, laughing all the way through it. I knew instantly that this was a play I wanted to direct.” “Gone With the Wind” is a film that I had loved since first seeing it (in Atlanta) at six years old,” continues Coltrin. “Through the years, I of course started to see the film through a more sophisticated lens, and one of the things I love about the play is that it hilariously reflects the film in all its fun and its flaws. Love it or hate it, the film is a masterful achievement, and I love this behind-the-scenes glimpse into the passion, dedication and commitment it takes to create any piece of art.”

As to the play’s truthfulness regarding the troubled production of “Gone With the Wind,” Coltrin adds, “We’ll never know what actually happened. Only Selznick, Hecht and Fleming knew for sure. But Hutchinson has created an amazing fantasy of what may have happened during those long days in Selznick’s office. The script definitely takes liberties, but there’s a lot that’s accurate for film buffs and fans of the movie to enjoy. And he has absolutely created a play that is equally accessible to those who have seen the movie, and those who have not.”

When asked about remounting the show after six years, Coltrin said, “When I direct a show, it’s never really finished for me. The creative process continues in my head even after the show closes. I have always wanted to see what it would be like to remount a show- to see the play with fresh eyes. This is my first opportunity to do that. And to get to do it with this cast and this creative team? Heaven.”

Low-priced previews for Moonlight and Magnolias are Wednesday, August 31 at 7 p.m., Thursday, September 1 at 8 p.m. and Friday, September 2 at 8 p.m. Opening night is Saturday, September 3, at 7 p.m. with a post-show party hosted by The Greek Mediterranean Steak & Seafood on Ventura Harbor. The production continues Wednesdays through Sundays through September 18. All performances are at Rubicon Theatre, 1006 E. Main Street in Ventura’s Downtown Cultural District (the corner or Main and Laurel). For tickets, go to www.rubicontheatre.org or call (805) 667-2900. Tickets, with the exception of opening night, range from $25 to $54, depending on days of the week and time. Special pricing for students with ID are $20; Equity members and military are $25. Teachers are $30. There is a $5 discount for seniors 65 and older. There is an additional $4 service fee added to all tickets, regardless of point of purchase. For tickets, call (805) 667-2900, Monday-Sunday, noon to 6:00 pm, or visit www.rubicontheatre.org. 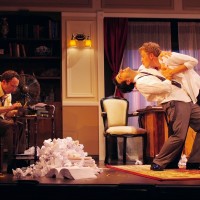 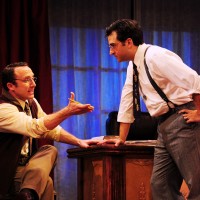 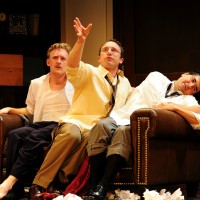 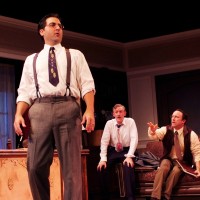 Connect with this Organization: DONATE

There are currently no reviews/comments for this event. Be the first to add a review/comment , and let folks know what you think!