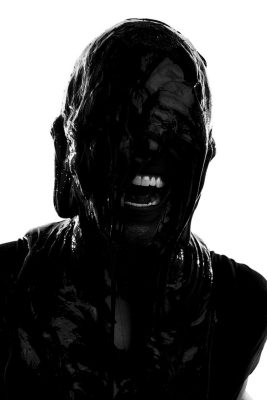 Presented by Dab Art at Unknown

EMPIRE OF DIRT is an exhibition of contentious works where the viewer can explore, connect and embrace the eccentric perspectives of artists who have continued to evade conventional labels.

Dab Art is pleased to present EMPIRE OF DIRT at H Gallery in midtown Ventura.

The creative sentiments of artists are often misunderstood. Even the most conscious viewer may be oblivious to the conflicts of the artist whose work they are admiring.

Variously characterized as radical or manic, the cliche of the tortured artist’s plight is not without some merit. EMPIRE OF DIRT investigates the inspirations found in the darker elements of life. Highlighted in this exhibition is the process and frequently concealed perspectives of 20 peculiar and complex artists.

The Dutch post-impressionist painter Vincent Van Gogh created his most recognized paintings while committed in a French asylum for the mentally ill. While Van Gogh is considered one of the most influential figures in western art for his dramatic colors and impulsive brushwork. He created masterpieces under the duress of psychotic episodes and mental instability. Modern day viewers praise works like STARRY NIGHT for is vivid palette and expressive composition; but are they connecting to artist himself; his struggle, his plight, his view from the asylum?

Although the contemporary artists featured in EMPIRE OF DIRT are not in asylums or self mutilate, their stories, personal paths, inspirations and artistic processes range from the unorthodox to the extraordinary. However, similar to Van Gogh these 20 artists are able to render what is happening in their mind and in their world.

EMPIRE OF DIRT is an exhibition of contentious works where the viewer can explore, connect and embrace the eccentric perspectives of artists who have continued to evade conventional labels.