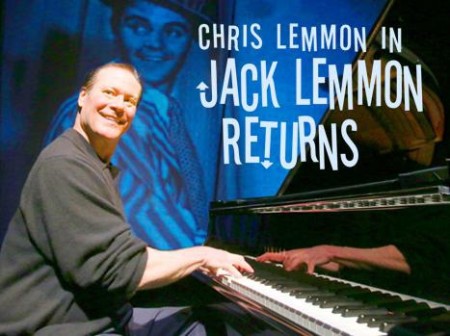 Chris Lemmon, son of Hollywood legend Jack Lemmon (“Some Like It Hot,” “The Odd Couple”), joins us for an immensely personal, and ultimately heartwarming story about his Academy Award-winning father and their enduring relationship. Written and directed by Hershey Felder and performed by Chris as his father, Jack Lemmon Returns is a one-man show that captures the magic of a bygone era, when Marilyn Monroe, Gregory Peck, James Cagney, Jimmy Stewart and Shirley MacLaine were but a few of the many stars who passed through the Lemmons’ Hollywood Hills home. Performed in a musical story-telling style, Jack Lemmon Returns is a loving tribute to a world-famous dad, told with respect and dignity.