Please Note: This event has expired.

Presented by Dab Art at The HUD, Ventura CA 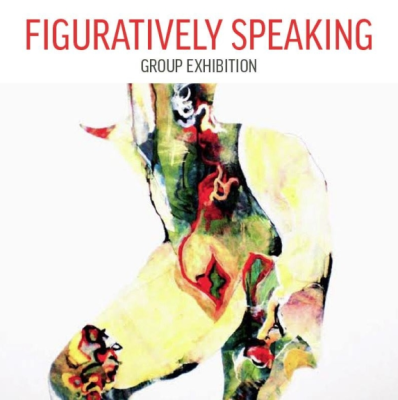 Dab Art is pleased to present Figuratively Speaking, an exhibition of figurative artwork at The HUD Gallery. Inspired by the classical theme that remains of persistent interest to contemporary artists, this exhibit explores figures in multiple genres and contexts.

Dab Art is pleased to present Figuratively Speaking, an exhibition of figurative artwork at The HUD Gallery. Inspired by the classical theme that remains of persistent interest to contemporary artists, this exhibit explores figures in multiple genres and contexts.

Featuring monumental nudes by Ghislaine Fremaux, mixed media infused with a sense of loss, a stoic gratitude and a poetic depiction of time’s passage. Rollence Patugan’s black and white photo series “woMEN”, investigates the emotional and philosophical relationship of the visual and physical conventions of the female/male identity. While his meticulous and virtuosic technique is indebted to the history of classical painting, Donald Rizzo’s images themselves engage startlingly contemporary ideas about the representation of the human form and psyche.

The unconventional and schematic use of LEGO’s by Andy Bauch reveals an attitude that draws equivocally from the genre of history painting and pop culture. Perhaps the most expressionistic piece we have ever exhibited is the interactive installation “Will you wear my body?” by Maria DiFranco. This immense and boldly graphic piece is the culmination of experience and research on what it means to be a woman with cancer.

Blair Cahill stands alone from the contrasting brushwork; her embroidery and mixed media works are brimming with the intensity of human presence and signifies a persistent fascination with the tension between bold painterly gesture and figurative content.

For Davia King, the practice of drawing, like painting, is a subject in it’s self. Her drawings are thus the opposite of pure sensation, seeming to be impulsive while in fact they are highly constructed. It is in this formal paradox that the depth of content resides. Colette Standish seems to disregard the classical polarities of abstraction and representation, surface and frame. Assertive gestures, a lush palette, and the dynamic interchange of light and dark are all traits of a distinctive style in her “Abstracting The Figure” series.

While there is not one style that encapsulates all of the works, incorporated in Figuratively Speaking are the influences of the masters of Matisse, Picasso, and Modigliani. However, most evident in all of the works in this exhibit is an archetypal portrait type, more specifically an idealized human figure.

Davia King was born on the edge of the Wasatch Mountains in Provo, Utah. Growing up with such great beauty around her was inspiring but the big city energy and culture has always beckoned her and in 2009 she moved to Los Angeles, where she currently resides. B.A., Brigham Young University (2005), M.A in Spiritual Psychology, University of Santa Monica (2010).

Donald Rizzo is an artist who sees the world through fragments; fragments of color, fragments of memory, fragments of space, and fragments of who people really are. Notable exhibitions include “Life Rebuilt: A Journey into and out of the Depths of Despair”, Market Street Gallery, San Francisco, CA, “Shades of Purple” for the Castro Country Clubs (CCC)

Maria DiFranco earned her Bachelors of Fine Arts in Printmaking from the Rhode Island School of Design, and is currently a Graduate Teaching Associate for The Ohio State University.

Connect with this Organization: DONATE

There are currently no reviews/comments for this event. Be the first to add a review/comment , and let folks know what you think!